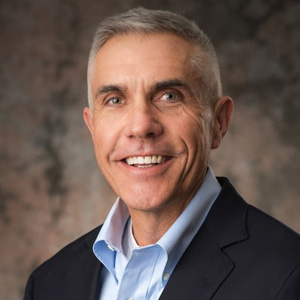 Barry Henderson, CEO
Barry Henderson was fishing the San Juan River in New Mexico when he noticed a person on the other side of the river who casted beautifully. Though the latter had a far better cast than Henderson, his fly was often floating around in the air instead of on the water.

Taking a cue from this experience, Henderson elucidates that leaders often get caught up in bigger things and fail to realize that paying attention to smaller things can enable the larger aspects to come together easily. “It’s important for leaders to remember that they need to cherish, reinforce and congratulate their people for their individual successes to instill a winning mindset,” explains Henderson, CEO of Maptek. He uses the same ideologies to steer Maptek—a pioneer in tackling the mining industry’s challenge of having to master complex software quandaries. With Henderson’s guidance, Maptek leverages novel products that supports the customers design conformance, provides advanced 3D spatial information, and analyzes project data. “Our products generate numerous data points every day at each mine site in an attempt to make smarter and more accurate decisions, minimize risks, and boost performance,” he explains.

One product that has stood the test of time with the help of Barry’s perseverance is Vulcan—a 3D general mine planning software package. “Vulcan enables users to validate and trans¬form raw mining data into dynamic 3D models, accurate mine designs and operating plans,” says Henderson. This product, which has evolved to its current stage over three decades, leverages advanced 3D spatial information, modeling, analysis and visualization in the mining industry. Vulcan’s combination of tools have been developed for specific mining scenarios and can be customized to suit all stages of a mine’s lifecycle, creating a complete solution for mining companies across the globe. The latest version of the software delivers new functionality for optimizing underground stope access with level design tools and a Gantt-based scheduler for improved underground scheduling.

Henderson’s tenacity and commitment has helped him foster development of innovative tools like the Pit Optimiser in Vulcan 9.1. This lets users run multiple “what-if” scenarios on a potential design significantly faster than other methods.
Henderson claims, “with this tool scenarios that usually take hours, or days in some cases, can be completed in seconds.” In addition, the company manufactures the latest generation of I-Site laser scanning technology—a combination of rugged hardware and point-cloud processing software, and other solutions like BlastLogic and PerfectDig.

We generate thousands, perhaps millions, of data points every day at each mine site and the goal is to make smarter, more accurate decisions, minimize risks, and boost performance

By focusing on every minute detail, Henderson’s drive to go the extra mile has helped the company attain numerous well-known customers in its portfolio. One of them, Energy Resources Australia (ERA), had the problem of accumulated stockpiles, a considerable issue with the stringent environmental standards in Australia for mine rehabilitation. With the help of Vulcan, ERA was able to track historical GPS data from their trucks and use that information to track each stage of stockpile accumulation using Vulcan block models and triangulations. As a result, the client could create accurate estimations of the grades on the legacy stockpiles for environmental regulations, improving efficiencies in their processing mills.

Moving ahead, Maptek plans to re-invest 20 percent of the company’s revenue into R&D. In terms of geographical expansion, the company has already begun pursuing the growing Russian language market, as well as other emerging markets like Brazil, Asia, and Africa. “In the last few years, our African team has made major inroads in these regions and their success is a model for how we’ll continue to approach new markets. We’ve also made a major reinvestment in our Canadian operation because of the tremendous growth potential in that region,” says Henderson. 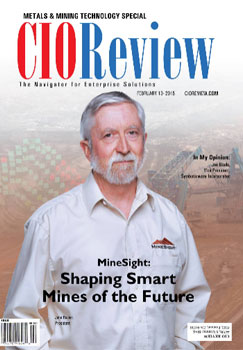