Establishing a Single Version of the Truth

Establishing a Single Version of the Truth 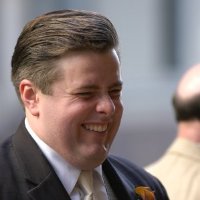 In turbulent times we all must focus on understanding the world as it is, rather than how we would prefer it to be. I was a philosophy major back in my undergrad days. One of the core lectures freshman sit through, and hopefully take seriously, is the difference between subjectivism, relativism and objectivism.

“Understanding the world as it really is, rather than how we would like it to be has been a big step for us”

While the focus of that lecture is usually ethics, I have over my career seen the extension of these three approaches to understanding the world applied to measuring company performance. As a management consultant, and as an executive, I have unfortunately seen far Subjectivism and Relativism than Objectivism applied to business challenges.

Subjectivists define “right” as simply what they personally like at the moment. In a corporate sense this often translates into “we are complicated and there is no way that someone from the outside can understand us, much less judge our performance. So what that our division’s overall sales margins are slipping – we had this one order last month that made us a fortune and we added 20 new customers this year.”

Relativists argue that they are doing better than “the other guys”. Who the “other guys” are can change, often. Alternatively there may be one or two numbers they can point to and argue that improvements are being made compared to some, shifting, baseline. Relativists are often closet Subjectivists but with some understanding of spreadsheets.

Objectivists focus on, to the best of their ability, understanding the world as it is. That means more than simply focusing on a few standardized accounting numbers. It requires asking a lot of questions with a genuine interest in uncovering answers. It means figuring out what numbers actually matter and are worth the trouble to focus on and then figuring out a way to get the right information in to the hands of the people who can make a difference.

Today’s Metals and Mining companies are complex entities with IT requirements for supply chains, real estate holdings, transportation networks, regulatory requirements, R&D, asset tracking, communications and other functions. It is highly unlikely in such an environment that you have one application, or even one suite of applications, that contains the Objective Truth about your organization. In fact you probably have your Truth spread across dozens of databases, spreadsheets, custom applications and filing cabinets. And here comes the cloud.

This sounds like a perfect breeding ground for Management Relativism, if not Subjectivism.

One of the least enjoyable disputes I was dragged into involved a 6-month fight between our CFO and our top commercial manager. They both had their own version of the Truth when it came to order-level profitability and were upset to the point of dysfunction that the other didn’t agree.

The same was true in the case of a long-running feud between Sales and Manufacturing who measured on-time delivery with very different yardsticks. While they circulated contradictory on-time delivery stats, neither showed any improvement over time. That’s not at all surprising – if we’re not accurately measuring something, what are the chances that we can improve it?

We needed to start working as a company to establish a single version of the Truth.

Approximately 18 months ago we moved forward with a digital dashboard implementation. We decided to use Qlikview as the primary development tool, but the choice of software was not nearly as important as the process. We needed to bring together people from across the organization with the understanding that their most important contribution would be to define what was really going on in our business. Until that process was well under way we could not start defining metrics that we could use to track, and eventually improve the business.

Sometimes that was a very hard sell. Getting people to agree on a common version of the truth meant that, on a go forward basis, they would be held accountable to objective criteria. Allowing managers to participate in the development of their metrics helped move this along.

As our development was, and continues to be an iterative process, we first focused on the metrics that were most likely to have an immediate and/or large impact on the business. Scrap reduction, inventory financing costs and machine utilization rates turned out to have potentially outsized impacts so they received early and extensive attention. Our biggest win though was combining data from six different systems to allow real-time financial statement analysis. Since the CFO was signing the checks for this project, giving her this powerful financial tool won our project complete support from the top.

Moving to a single tool for all management reporting, and making it accessible via a web browser, means that there was now one place we all go to for the truth. Moreover as our business moves in to new products and markets, our central reporting architecture provides us with the flexibility to look beyond our core ERP product to best of breed alternatives.

We may not be able to control the macro world but now we at least have a better understanding of our little corner of the industry. Understanding the world as it really is, rather than how we would like it to be has been a big step for us. While this is an ongoing process with occasional setbacks, nobody in the company would consider going back to the old way of doing things.

THE CHALLENGES OF CYBER-PHYSICAL SYSTEM SECURITY

How to Build an Effective Content Strategy Others Will Envy

A Collaborative Approach to Wealth Management